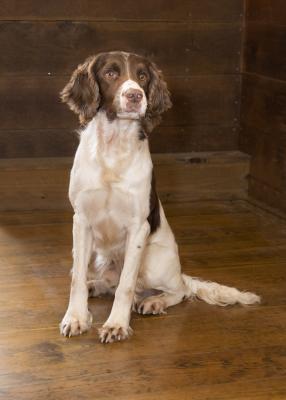 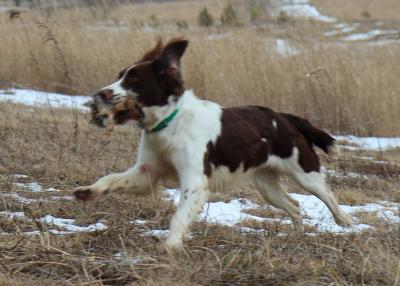 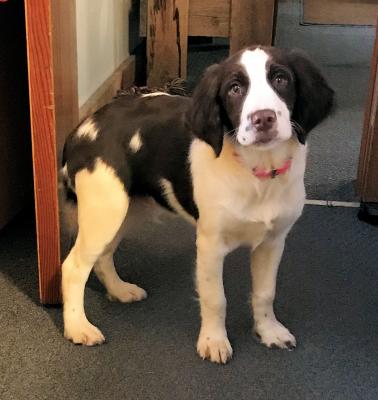 $1700 each, Male or Female.
Pick based on when deposit is received. Picking will start at 6 weeks of age and pups can go home on November 5, 2019.  Now accepting deposits. $500 deposit required.

All puppies are socialized, wormed, have vaccination shots, dewclaws removed and tails docked. All pups guaranteed for health and against genetic defects in hips and eyes.

Riot has his NFC FC AFC title. His legs are straight, his eyes and hips are good. He can run as hard as any spaniel in the field, he is completely biddable, and at the same time, is marvelous in the house. Riot is a handsome white and liver male.

Sara is a fantastic and flashy gundog.  Excellent nose, great marker and a bird finding superstar. She is used as a guide dog and is hunted regularly on pheasant, quail and partridge.  Her sire is NFC FC Salmy's Master Piece (Cliff) and her mother's sire is NFC FC AFC Crosswinds Warpath (Zap).  OFA Good Hips, eyes CERF clear.

Don't miss out on this premier breeding of some of the best springer bloodlines.